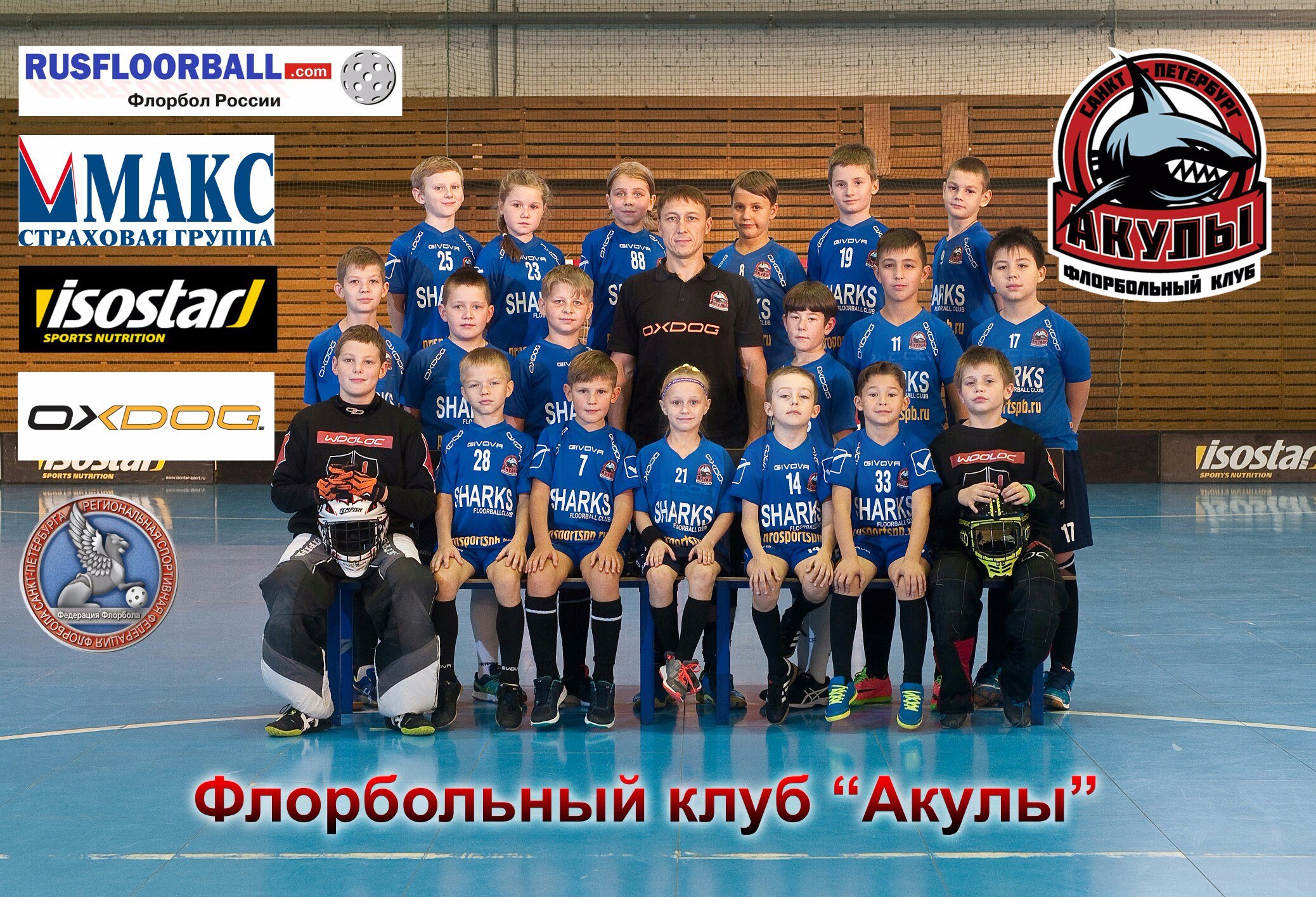 In 2013, with the support of the St. Petersburg Floorball Federation, children's floorball sections, which were previously extremely rare, began to open in secondary schools and state sports and recreation complexes.

In the same year, the head coach of the "Sharks" Artem Chuchin gathered the first guys who became the basis of the children's team of the Club. Currently, the Club is staffed by teams of all ages from 6 to 16 years.

Children's teams of the Floorball Club "Sharks" are regular participants of the Championship of Russia among juniors, as well as various all-Russian and international tournaments.

The highest achievements of the Club's teams:

The children's team of the Club is constantly recruiting new players, feel free to join us, try and you will not regret it!

Training takes place in the Kalinin and Krasnoselsky districts of St. Petersburg.

Registration for training is made by phone: